$175 Million per Year to Windstream for Expanded Broadband

The $175 million is just another example of increased funding for rural broadband development. The promise of connecting the entire country with high-speed, reliable Internet access has never been more imminent.

Windstream, a leading national telecommunications provider, announced on Wednesday, August 5 that it would accept $175 million annually for seven years beginning in 2015 to support expanded broadband. The money comes from the Federal Communications Commission (FCC) with aim of providing 400,000 rural locations in17 states improved Internet access.

Specifically, the FCC funds are from Phase II of the Connect America Fund (CAF), an initiative to “expand the benefits of high-speed Internet to millions of consumers in every part of the country,” according to the CAF website. “Windstream is committed to providing robust and reliable voice and broadband services to our customers,” said Tony Thomas, Windstream’s President and CEO.

The announcement is just one example where a tremendous sum of money has been allocated to better connect rural areas and expand high-speed Internet access. In July the USDA announced $85.8 million in funding for telcos serving rural populations. The funds are for expanded development of rural broadband through network upgrades, expanded services, and other infrastructure.

The Future of Internet Infrastructure and Expanded Broadband

This is all extremely exciting news. Investing in telecom infrastructure is a catalyst of economic growth in many ways. According to a September 2013 report Wireless Broadband Infrastructure prepared for The Wireless Infrastructure Association “The infrastructure that enables wireless broadband represents a vital and sustaining technology capable of rapidly creating jobs, applications, and technologies that will maintain the nation’s global technological, political, and economic-business leadership.”

The funding and the upgrades that will result are needed to maintain critical infrastructure in this increasingly digital age and to grow the value of the economic opportunity afforded by broadband access. The Internet of Things – the global trend to connect everything to the Internet – necessitates improved access and reliability in order to reach its full potential. It’s exciting to see the trend of funding improved broadband continue.

Servato offers a solution for backup battery management that extends battery life and allows for advanced remote monitoring. Servato is currently working with companies in the telecom industry to protect Outside Plant sites and ensure connectivity through Active Battery Management.

About the Author: Alex Rawitz 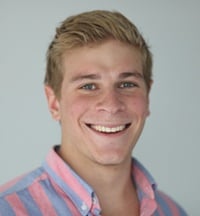 Alex Rawitz is Servato's Business Development Manager and heads all marketing efforts in addition to leading sales for the Southeast.